We affirm the inherent worth and dignity of every person
Facebook

The Hopedale UU Community was recognized by the UUA as a Welcoming Congregation in 2007. We are grateful to Members Robert Bell and Amy Lamborg for assisting the congregation throughout the process. 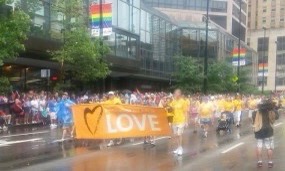 The Social Justice Committee participates in the annual Cincinnati Pride Parade and Festival. A  Cincinnati church also hosts an Interfaith Pride Service each year. This special event celebrates the blessings our LGBTQ friends bring to our community. There are many exciting events taking place during Pride Week. Visit http://www.cincinnatipride.org to see the latest list of events.

We encourage you to read the policy memo Ten Economic Facts concerning immigration from The Hamilton Project sponsored by The Brookings Institution, a nonprofit public policy organization based in Washington, D.C. – Submitted by Liz Woedl°º¤ø,¸¸,ø¤º°`°º¤ø,¸,ø¤°º¤ø,¸¸,ø¤º°

Resolution of the Board of Hopedale Unitarian Universalist Community: 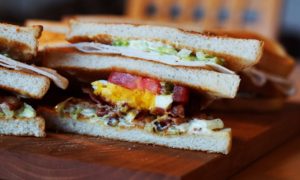 Resolution passed by HUUC Board, March 2009